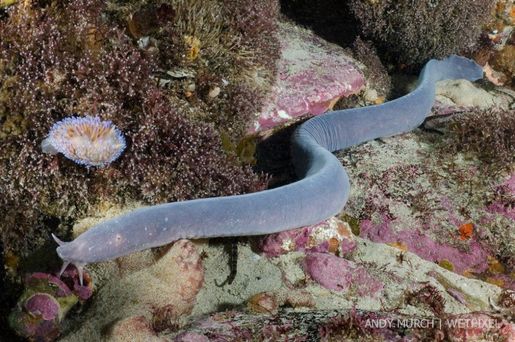 The Hagfish is an eel-like sea creature that secretes slime as a defense mechanism against prey. These fish are bottom-dwellers, and release this secretion out of their glands when in danger. Hagfish live in salt water, so the secretion mixes with the water to form this slime. The slime is composed of mucin protein threads that are 10 times stronger than nylon. The slime is sticky, ropey and viscous. An inorganic slime is typically a thin glue-like type of mud with a high water and clay content.  Mucous-like slime is generated by vertebrates, such as fish, and invertebrates, including snails and slugs. The land-dwelling gastropods use a type of slime to coat surfaces as they propel themselves along with their single large foot. The non-animal, non-plant slime molds, which are a type of amoebic single-celled organism that uses spores to reproduce similar to fungi, create a slime-like texture when they grow on surfaces. 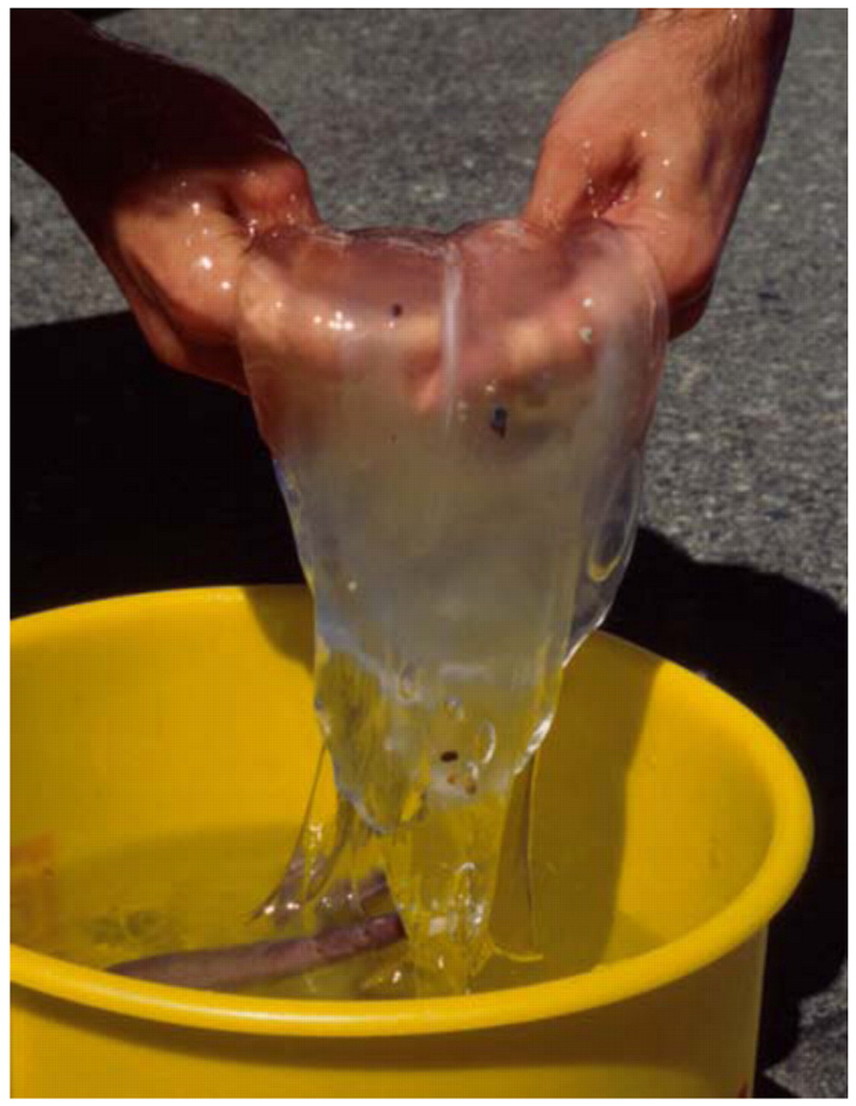 Hagfish slime is an example of a non-Newtonian fluid, in which the thickness increases in response to an increased force. A common example of a non-Newtonian fluid is ketchup. Ketchup flows more easily when we press the tube with more force, and the thickness of the ketchup decreases with the applied stress. In fact, Swiss scientists found that different types of fluid flow affect the overall thickness of the slime when there is friction or resistance applied. Fluid flow is essentially a series of layers sliding past one another. The faster one layer slides over another, the more resistance there is; and the slower the sliding, the less resistance there is. For instance, suction feeding created by hagfish predators creates thicker slime for the hagfish. The applied stress of that sucking motion increases the slime's thickness, and if the predator swallows that slime they suffocate the predators by clogging it's gills. However, if the hagfish attempts to escape the motion created by the hagfish  actually reduces the thickness of the slime essentially collapsing.